Visions of the Apocalypse examines the cinema's fascination with the prospect of nuclear and/or natural annihilation, as seen in such films as Invasion U.S.A.,The Last War, Tidal Wave, When Worlds Collide, The Bed Sitting Room, The Last Days of Man on Earth and numerous other films, while also considering the ways in which the contemporary cinema has become increasingly hyperconglomerized, leading to films with ever higher budgets and fewer creative risks.

Along the way, the author considers such topics as the death of film itself, to be replaced by digital video; the political and social tensions that have made these visions of infinite destruction so appealing to the public; and the new wave of Hollywood war films, coupled with escapist comedies, in the post 9/11 era. Encompassing both questions of physical and filmic mortality, Visions of the Apocalypse is a meditation on the questions of time, memory, and the cinema's seemingly unending appetite for spectacles of destruction.

"Dixon's knowledge of film is amazing. He provides the reader with insights about forgotten or neglected films, revealing a wealth of information on a wide range of Hollywood, independent, European, and Asian films. This work relentlessly examines the monolithic and destructive character of media imperialism and documents the marginalisation of alternative modes of production and distribution. It is certainly an antidote to the 'business as usual' forms of cinema studies." - Marcia Landy, University of Pittsburgh

"As money-fuelled monsters from the military-industrial complex threaten cinema, civilisation and humanity itself, Dixon counterattacks with a high-energy jolt of impeccably-aimed scholarship. This is intellectual "shock and awe" at their illuminating, life-affirming best." - David Sterritt, Chairman, National Society of Film Critics

"[Dixon's] analysis of films, many of them undeservedly neglected, is often enlightening; and his assessment of contemporary business practices in Hollywood is refreshing." - Choice

"Visions of the Apocalypse explores American cinema and its fascination with spectacles of destruction, while simultaneously commenting on the ways in which Hollywood has created a culture of sameness where conformity rules. This is the essence of an intellectually challenging text, one which is markedly different than many film studies books in that it combines theory, politics and philosophical musings in an engaging and attention-grabbing manner in spite of the sombre subject matter. Lucid and eloquent and a relatively easy read for those unaccustomed to film academia, Dixon's knowledge and reasoned argument provide an intelligent and endlessly fascinating examination of some of the key issues that face us as we confront an increasingly insecure future." - Kristy Fairclough, PopMatters 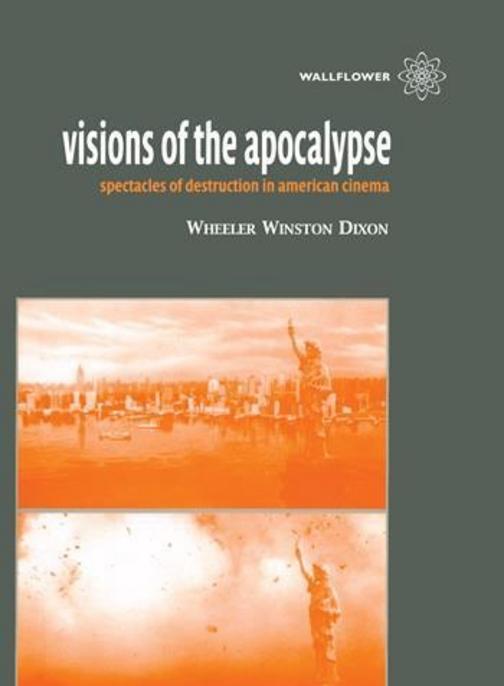