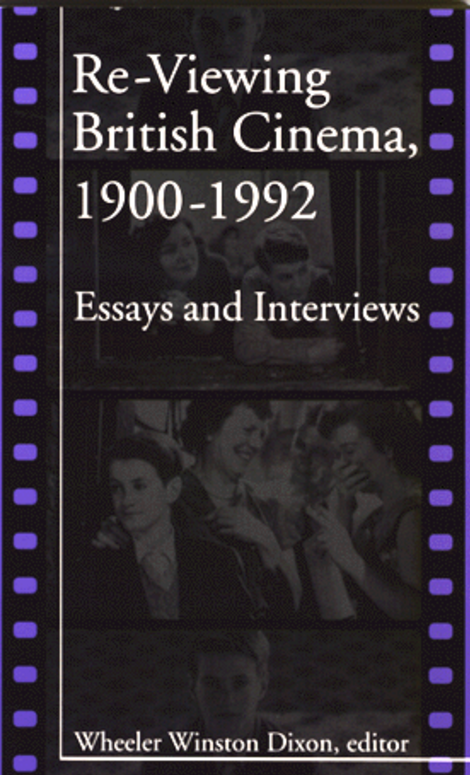 Re-Viewing British Cinema, 1900-1992 is a collection of essays on British cinema history and practice. It offers both the casual reader and the film scholar a different view of British filmmaking during the past century. Arranged in chronological order, the book explores those areas of British cinema that have not been fully examined in other works and also offers fresh interpretations of a number of classic films.

From the work of Frederic Villiers, the pioneering British newsreel cameraman who at the turn of the century brought home images of battlefield carnage, to

essays on the long-forgotten "Independent Frame" method of film production, to new readings of classics such as The Red Shoes, Passport to Pimlico, and Peeping Tom, the authors offer a look behind the scenes of the British film industry and engage the reader in some of the most compelling interpretational and historical issues of recent film history and critical theory.

In addition, the volume contains a number of interviews with such key directors as Stephen Frears, Terence Davies, Wendy Toye, and Lindsay Anderson and also pays particular attention to the work of early twentieth-century British feminist filmmakers whose films have often been ignored by conventional film theory and history. It also offers new material on the British "film noir," the English horror film, and the pioneering gay director Brian Desmond Hurst.

Taken as a whole, this book presents an entirely new series of viewpoints on British film practice, theory, and reception and affords a fresh and vibrant view of the British film medium.

"Excellent scholarship and range of topic areas that is extraordinary: this book is a revelation. Many of the contributions break new ground: others revisit the known with fresh perspectives. An important, fascinating book - it will redefine the study of British cinema." - Brian Henderson, State University of New York at Buffalo