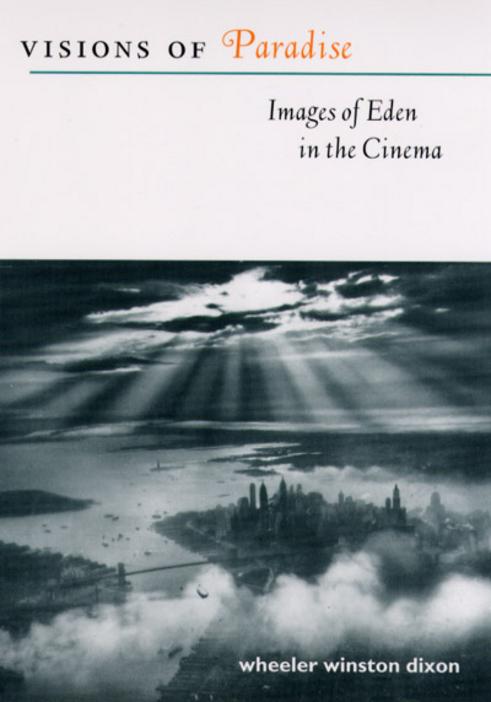 Depictions of sex, violence, and crime abound in many of today's movies, sometimes making it seem that the idyllic life has vanished-even from our imaginations. But as shown in this unique book, paradise has not always been lost. For many years, depictions of heaven, earthly paradises, and utopias were common in popular films.

Illustrated throughout with intriguing, rare stills and organized to provide historical context, Visions of Paradise surveys a huge array of films that have offered us glimpses of life free from strife, devoid of pain and privation, and full of harmony. In films such as Moana, White Shadows in the South Seas, The Green Pastures, Heaven Can Wait, The Enchanted Forest, The Bishop's Wife, Carousel, Bikini Beach, and Elvira Madigan, characters and the audience partake in a vision of personal freedom and safety-a zone of privilege and protection that transcends the demands of daily existence.

Many of the films discussed are from the 1960s-perhaps the most edenic decade in contemporary cinema, when everything seemed possible and radical change was taken for granted. As Dixon makes clear, however, these films have not disappeared with the dreams of a generation; they continue to resonate today, offering a tonic to the darker visions that have replaced them.

"Timely and brilliantly written, Wheeler Winston Dixon's Visions of Paradise: Images of Eden in the Cinema explores the relationship between images of paradisial escape in film and the realities of daily existence and the constant assault of digital technology, an assault that forces many to physically escape by vacationing to the "Eden[ic] paradises" presented on the silver screen." -Antoinette F. Winstead, Film and History

"A beatific guide, Dixon leads a whirlwind tour through cinematic locales and states of mind that augur harmonious, liberating, and privileged worlds of Eden. Collating diverse and even idiosyncratic images of Eden, the author begins the return to paradise with a telling anecdote of filmmaker John Pierson's sojourn in Fiji . . . [then] visits places as assorted as American International Pictures' summer beach-party movies, Robert Breer's abstract animations [and] Spencer Williams's fascinating The Blood of Jesus . . . spellbinding. Summing Up: Recommended." -- T. Lindvall, CHOICE, November 2006.

"Visions of Paradise is a fantastic voyage into the social and cultural history of cinema, exploring the utopian imagination and questions of belief through a discussion of a fascinating array of European and Hollywood cinematic forms."-Marcia Landy, author of Monty Python's Flying Circus

"During this leisurely cruise through cinema's utopian dreams-its endless summers, surf cities, pajama parties, and beach-blanket Babylons-Dixon unearths the paradox of paradise, the schizoid foundation beneath every vision of Eden."-Mikita Brottman, author The Solitary Vice

"A close review of Wheeler Winston Dixon's Visions of Paradise is well worth the effort, but even a cursory reading reveals three key elements: Dixon's broad knowledge, not only of film but of fields as varied as music, theatre, and politics; his nostalgic attachment to the 1960s; and his tireless condemnation of the market forces that have a stranglehold on contemporary cinema [. . . ] Dixon defines his work as a celebration of 'those films that present the world as we might wish it to be'.

In five chapters, Dixon covers a wealth of rich material. The first two chapters explore Edens of both time and space, from the tropical locales ubiquitous in cinema utopias to the recaptured time-as-it-never-was of the American West. He visits the phenomenon of the "eternal summer" presented in beach party and surfer movies of the 1960s and comments on the impossibility of remaining in Eden, aptly using the plight of the doomed lovers in Elvira Madigan (1967) to underscore his point. In the final chapters, Dixon casts a wide net over films depicting visions of Edens only possible in the afterlife as well as those flourishing in a distant future on Earth. Among other repeated images, Dixon considers the prevalence of the guiding (often comic) angel and the trial motif in movies about heaven, and the technological sophistication that can so easily lapse into dystopia in futuristic films [. . .]

Dixon has written a study that is more than a look at images of Eden in film. At its core, this work defines individual artistic creativity as an integral part of paradise. He celebrates the kind of art that "redeems us by reminding us of the creative impulse nascent in the very act of existence," an art that shapes Eden by looking at the existing environment in a fresh way and continually creating the world anew (71). In his last chapter, Dixon quotes from a film by one of his personal heroes, Jean-Luc Godard. In the film Notre Musique (2004), Godard uses a voiceover to declare that the true aim of cinema (and, by implication, all art) is to "guide us through the night and bring us to the light" (184). What could be more Utopian than that?" -- Sharon Ammen, Society for Utopian Studies