Dark Humor in Films of the 1960s presents six detailed chapters on various topics that relate to genre cinema, concentrating on films and filmmakers whose films offered wide ranging commentary on popular culture. Covering both little and well-known films and filmmakers (Vanishing Point, Marcel Hanoun, It’s a Mad, Mad, Mad, Mad World, Max Ophüls), these writings draw on a multitude of critical, historical, and archival sources to capture the reader’s attention from start to finish.

Wheeler Winston Dixon is the James Ryan Professor of Film Studies, Coordinator of the Film Studies Program, and Professor of English at the University of Nebraska, Lincoln. He is the author of Death of the Moguls: The End of Classical Hollywood, Streaming: Movies, Media and Instant Access, and Cinema at the Margins and editor, with Gwendolyn Audrey Foster, of the book series Quick Takes: Movies and Popular Culture.

“Dixon is a first-rate film scholar, critic, and historian, and the qualities he has cultivated and refined over the years are evident in everything from the clarity, lucidity, and liveliness of his prose to the accuracy of his research, the force of his arguments, and the perspicuity of his judgments.” – David Sterritt, Chair, National Society of Film Critics

“The Dixon dynamo’s done it again. In a swift and assured push, he opens doors to the sights, sounds—and smells—of the other world cinematic story. He peels back eyelids for us to see one built not only on the backs of the Griffiths, Hitchcocks, Bunuels, and Truffauts, but on the extraordinary creativity of those pushed into penumbric shadows; those cineastes like Max Ophüls, Juan Orol, Marcel Hanoun, and D. Ross Lederman who dared to bend minds and expectations at any cost. We have our world cinematic critic and he’s invited us to strap ourselves for a journey to the chaotic dark side of world cinematic history. As with Kubrick’s Major T.J. ‘King’ Kong, with Dixon you’re in for a hell of a ride!” – Frederick Luis Aldama, Arts & Humanities Distinguished University Professor and author of The Cinema of Robert Rodriguez

“Wheeler Winston Dixon’s new collection of essays, Dark Humor in Films of the 1960s, offers even more than its title promises.  To be sure, its opening essay presents a richly detailed and thoughtful meditation on the iconoclastic ‘sick’ humor of sixties films from Dr. Strangelove to Putney Swope.  But readers will also find much else of value, including pieces on the unsung “B” Hollywood auteur D. Ross Lederman, the lost version of the 1971 cult road movie classic Vanishing Point, and the fatalistic noir films of Max Ophüls.  All are written with Dixon’s customary verve, wit, and attention to historical detail, making this book a must for any serious student of cinema.” – Ian Olney, author of Euro Horror: Classic European Horror Cinema in Contemporary American Culture

“This book glitters with a treasure of informative, witty, and acute insights into films and filmmakers too long neglected in their unconventional but deeply provocative importance.  No one writes about film with more infectious vivacity than Wheeler Winston Dixon, especially in these pages.” – Murray Pomerance, author of The Eyes Have It: Cinema and the Reality Effect 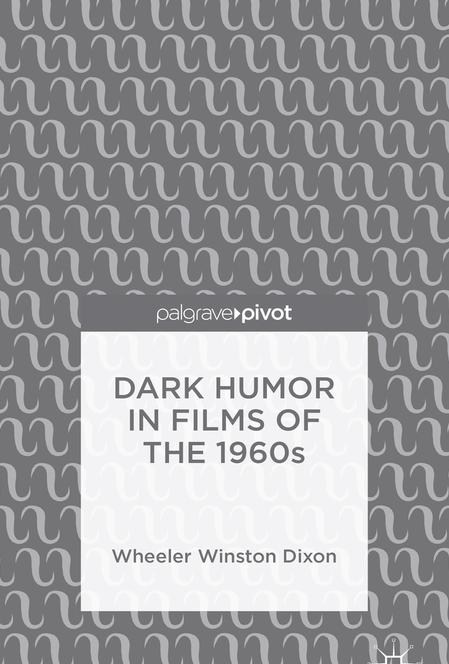