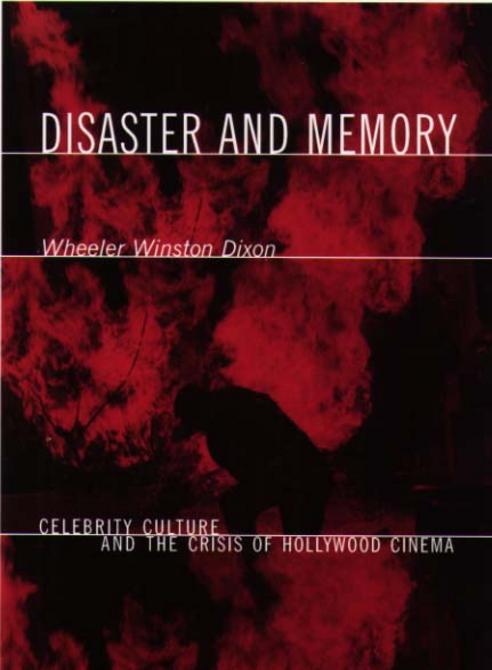 Has contemporary cinema become simply a replay of itself? Wheeler Winston Dixon draws on the effects of new technologies, the role of the "star" system, the nature of public surveillance, and the development of media conglomerates to explain why Hollywood has become so repetitive.

In this provocative critical assessment of the current state of movies, Dixon argues that that films such as James Cameron's Titanic replay the same plot lines with greater technical wizardry and less humanity than those of fifty years ago, illustrating how the classical Hollywood cinema model has become a locus of "disaster and memory."

Disaster and Memory examines the ways in which the classical Hollywood cinema model has been exhausted through over-use of narrative closure, reliance on excess of spectacle, hypertechnic sound tracks and the like, to the point that the contemporary cinema has become simply a memory of itself, a replaying of old roles, outmoded plot-lines, all fueled by the inexhaustible "star" system which manufactures and then discards the protagonists of this phantom automatism.

This leads into an examination of disaster, catastrophe and the limits of spectacle, relating to the public's fascination with the death of Princess Diana, Cronenberg's Crash, the culture of celebrity, our fascination with CNN and instant replay videos, and the anonymity of death in the absence of news coverage, death, destruction, film and video recreations/documentations of disaster, and the shared sarcophagus of cinematic memory.

"Disaster and Memory counts among the most vigorous and inspiring studies of cinema that I have read over the last decade. I advise film students at large to read the book without delay." - Tom Conley, Harvard University

"Wheeler Winston Dixon is one of the most useful film critics I know. He is a superb guide to the issues facing filmmakers and film viewers alike as we approach the new millennium. Disaster and Memory takes a melancholy look at our culture's obsession with monumentalized images of catastrophes [. . .] but also surveys a wide range of alternative cinematic strategies, ways to keep hope alive in this age of post modern spectacle." - Steven Shaviro