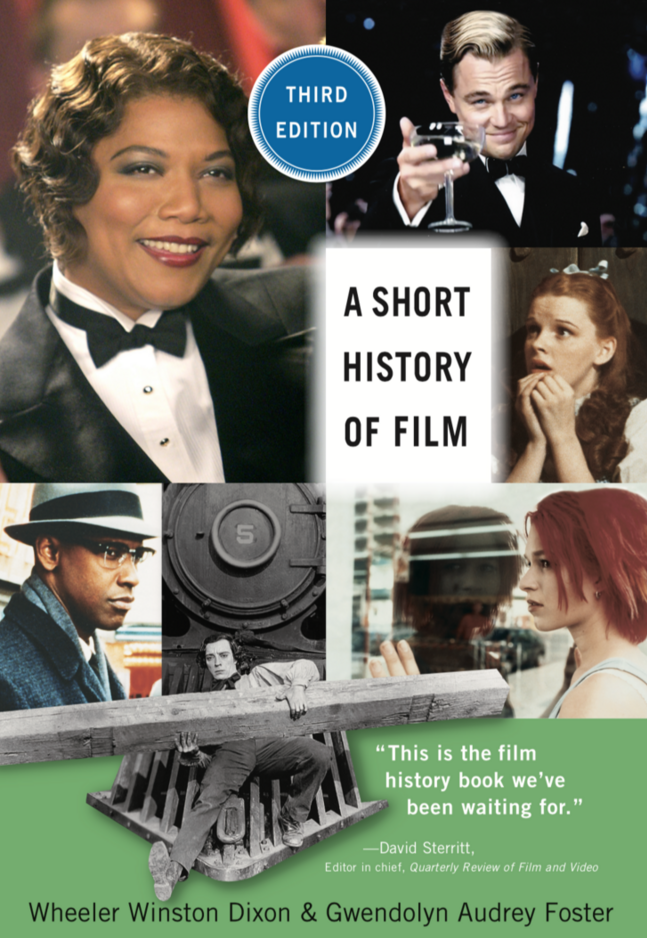 "This is the film history book we've been waiting for."

A Short History of Film, Third Edition, provides a concise and accurate overview of the history of world cinema, detailing the major movements, directors, studios, and genres from 1896 through 2018. Accompanied by more than 250 rare color and black-and-white stills—including photographs of some of the industry’s most recent films—the new edition is unmatched in its panoramic view of the medium as it is practiced in the United States and around the world as well as its sense of cinema’s sweep in the twentieth and early twenty-first centuries.

The book takes readers through the invention of the kinetoscope, the introduction of sound and color between the two world wars, and ultimately the computer-generated imagery of the present day. It details significant periods in world cinema, including the early major industries in Europe, the dominance of the Hollywood studio system in the 1930s and 1940s, and the French New Wave of the 1960s.
​
Attention is given to small independent efforts in developing nations and the more personal independent film movement that briefly flourished in the United States, the significant filmmakers of all nations, and the effects of censorship and regulation on production everywhere. In addition, the authors incorporate the stories of women and other minority filmmakers who have often been overlooked in other texts.

With new information on international cinema —especially Polish, Chinese, Russian, Canadian, and Iranian filmmakers — an expanded section on African-American filmmakers, updated discussions of new works by major American directors, and a new section on the rise of comic book movies and computer generated special effects, this is the most up to date resource for film history courses in the twenty-first century.

"This excellent introduction stands out in a crowded field with its lively, accessible writing, broad coverage, and particular focus on traditionally marginalized figures in film history. Dixon and Foster discuss the technical innovations that moved the art form forward, and their lucid descriptions of often complicated concepts convey the excitement of innovation in mechanical as well as creative processes. The most striking aspect of the book is the coverage of women, African Americans, and Third World filmmakers, which strongly complements its solid coverage of American and European film. Illustrations abound, and even the best-versed cineaste will find new films to track down after reading the breezy, enthusiastic analysis in this book. Highly recommended for all collections, this text would also make an excellent textbook for introductory film-studies courses.

"With the goal of offering 'a fast paced tour' of movie history, Dixon and Foster have produced a study in the tradition of Paul Rotha's The Film Till Now. The authors touch all the bases--they address new trends in international moviemaking, technologies, and critical theory and the emergence of new national and ethnic cinemas--and relate film history to social history (the latter augmented by a witty, useful time line: e.g., the year 1900 lists quantum theory, Freud, the Brownie camera, the Boxer Rebellion, and 'the hamburger' as benchmarks). Each new technique, style, school, trend, and newly visible ethnic or feminist group takes its place in the larger history, and Dixon and Foster make it all accessible to the neophyte reader without ever breaking the pace. Uncommonly well-reproduced stills and a topically organized bibliography enhance the discussion. Summing Up: Highly recommended. Lower- and upper-division undergraduates; general readers." -- Thomas Cripps, Choice.

"I’m often asked to recommend a book on 'movie history.' Surprisingly enough, finding a single volume covering the development of such a wide-ranging subject can be difficult. But the quest has ended, in my opinion. A Short History of Film is the best 'one-stop shopping' volume on cinema history I have ever read. It offers not only thoroughness and concision, but also encourages meaningful browsing, as readers can pick and choose their topics of particular interest and then move on as desired. The major chapters focus on: the invention of moving pictures; the birth of the film industry; the Hollywood studio system and concurrent developments in international moviemaking; the influence of World War II and other historical events on subsequent decades of filmmaking; 'world cinema' from the 1970s to the present; and the 'new Hollywood.'

Throughout, the text emphasizes important directors and significant examples of their work, described in precise and engaging prose. Arguably just as valuable as the book’s content are its frequent 'supplements,' including a timeline from 1832 to 2012, delineating important developments both cinematic and world-historic; and a glossary of film terms. And thanks to the book’s numerous bibliographies, if/when a reader’s appetite is whetted for additional information on a particular director or individual country’s film output, more recommended titles are close at hand. A Short History of Film will reward readers with an expansive and entertaining journey through an ever-evolving art form brought to fruition by a century’s worth of dedicated craftspeople." -- Catherine Ritchie, Booked Solid.