Lost in the Fifties: Recovering Phantom Hollywood reveals two 1950s: an era glorified in Hollywood movies and a darker reality reflected in the esoteric films of the decade. Renowned film scholar Wheeler Winston Dixon turns to the margins-the television shows and films of a hidden Hollywood-to offer an authentic view of the 1950s that counters the Tinsel-town version. Through the lens of lesser-known works, he exposes a darker side of American life. Contrasting traditional themes of love, marriage, and family, Dixon's 1950s film world unveils once-taboo issues of rape, prostitution, and gangs.

Television shows such as Captain Midnight and Ramar of the Jungle are juxtaposed with the cheerful world of I Love Lucy and Howdy Doody. Highlighting directors including Herbert L. Strock, Leslie Martinson, Arnold Laven, and Charles Haas, Dixon provides new insights on the television series Racket Squad, Topper, and The Rifleman and the teen films I Was a Teenage Werewolf and High School Confidential.

Geared for scholars and students of film and pop culture, Lost in the Fifties includes twenty-five photos-many previously unpublished-and draws on rare interviews with key directors, actors, and producers. Lost in the Fifties takes readers through a decade of cultural repression and uninspired movies-made-by-committee to a social underground and a hidden Hollywood whose films more accurately reflected the era.

"Lost in the Fifties radically changes and expands our understanding of the decade: both by restoring many forgotten works and artifacts of the period to visibility, and by using those newly illuminated works to rethink the significance of the decade in both cinematic and broader cultural history." - Steven Shaviro

"A stunning addition to the literature about cinema and culture, Lost in the Fifties goes to the backyard fence of our official memory and imagination of the 1950s and peers over to see the neighbors we have left behind. Dixon resurrects the works of key filmmakers, producers, and directors who were essentially lost to contemporary reflection and have, sadly, remained lost to most of us since. Touching, dazzling, delectable." - Murray Pomerance 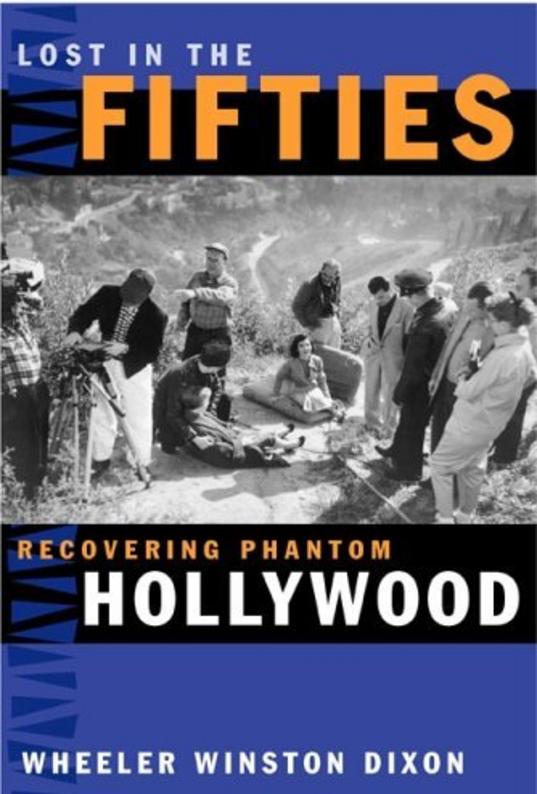