In Synthetic Cinema: The 21st Century Movie Machine, Wheeler Winston Dixon argues that 21st-century mainstream filmmaking is increasingly and troublingly dominated by "synthetic cinema." He details how movies over the last two decades have fundamentally abandoned traditional filmmaking values through the overwhelming use of computer generated imagery, digital touch ups for the actors, and extensive use of green screen technology that replace sets and location shooting.

Combined with the shift to digital cinematography, as well as the rise of comic book and franchise cinema, the temptation to augment movies with lavish, computer generated spectacle has proven irresistible to both directors and audiences, to the point that, Dixon argues, 21st-century commercial cinema is so far removed from the real world that it has created a new era of flawless, absolutely artificial movies.

“I've received an advance copy of this eagerly awaited book, and people who care about film should waste no time in getting it, reading it, and profiting from Dixon's sophisticated insights. A leading authority on cinema, synthetic and nonsynthetic alike, he's an ideal guide to enlightened thinking about the challenges looming large in today's moving-image media. He's also one of the clearest, most lucid writers on the film-critical scene. A new book by Dixon is always cause for celebration, and this one deserves the warmest possible welcome!” – David Sterritt, Editor, Quarterly Review of Film and Video

"Synthetic Cinema is a compelling cri de coeur, a powerful protest against the rampant commercialism of contemporary cinema . . . the clarity of [Dixon's] prose results in a critique that will appeal to both sophisticated scholars and neophytes . . . [Synthetic Cinema] is an erudite and provocative polemic, one that should be read by anyone who is concerned about the future of film as an art form." - Justin Remes, Millennium Film Journal

“How has American cinema ended up dominated by comic book entertainment with as little dramatic subtlety as soap opera and all the consideration of a steamroller? Wheeler Winston Dixon explains in his new book how the era of 'synthetic cinema,' designed only to make money by deploying the bluntest tools of storytelling, has been visited upon us. It’s a lament and a jeremiad against the dumbing down of movie making . . . [an] analysis of the comic-book movie world as 'fraudulently epic fantasy' of 'unremitting commercialism,' the special-effects-bloated end result of converting what was meant as special-occasion treats for deserving children at matinees into everyday pablum for compliant, taste-impaired adults.” – Peter Monaghan, Editor, Moving Image Archive News 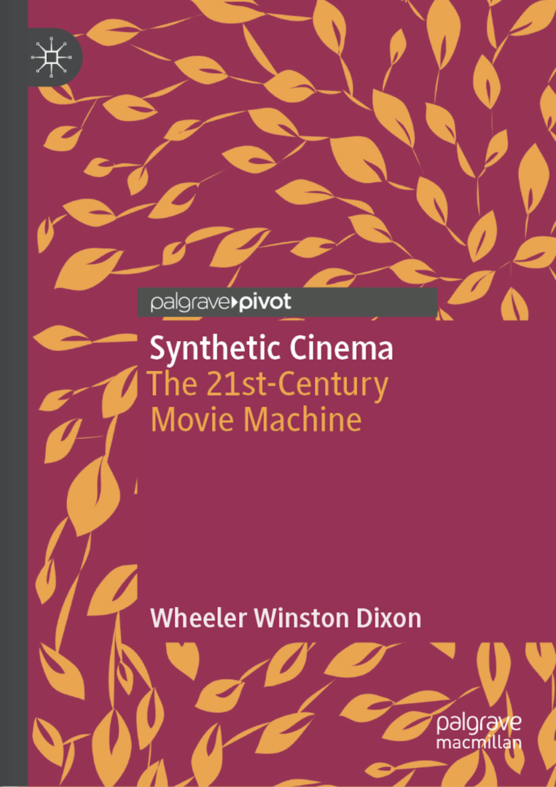