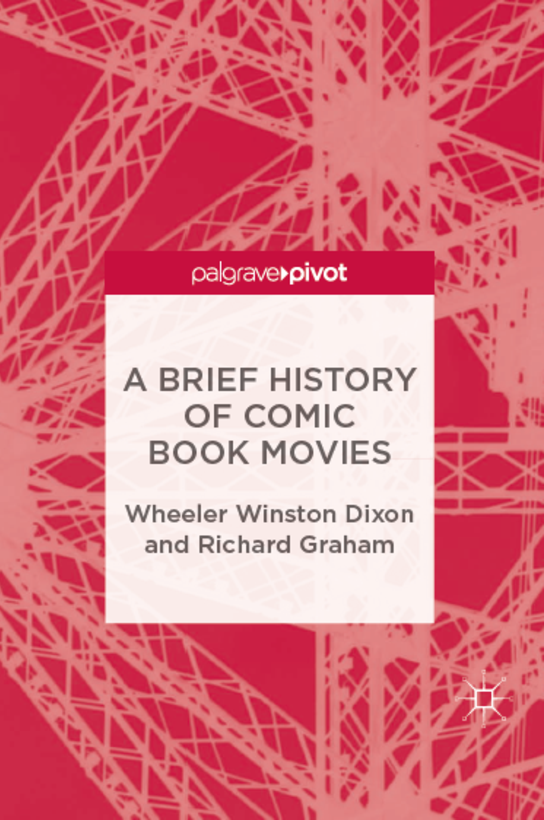 Wheeler Winston Dixon and Richard Graham's new book, A Brief History of Comic Book Movies (Palgrave Macmillan) provides a comprehensive overview of this new subgenre. Comic books movies trace their origins back to the early 1940s, when the first Batman and Superman serials were made. The serials, and later television shows in the 1950s and 60s, were for the most part designed for children.

But today, with the continuing rise of Comic-Con, they seem to be more a part of the mainstream than ever, appealing to adults as well as younger fans. This book examines comic book movies from the past and present, exploring how these films shaped American culture from the post-World War II era to the present day, and how they adapted to the changing tastes and mores of succeeding generations.

Organized in rough chronological order, the book's five chapters cover Origins, The DC Universe, The Marvel Universe, Animé Films, and Indies and Outliers, examining not only Hollywood films, but European, Asian, and French animated films as well. Literally hundreds of films, directors, and comic book characters are examined in the book, which took over two years to complete.

Historian Cynthia J. Miller calls the volume “engaging and very accessible…its value to readers will continue even as many more films enter into production and distribution,” while David Sterritt adds that "this history of an under-studied field is original, enlightening and exemplary. I recommend it highly."