Dixon is eminently qualified to write on the independent filmmakers of the 1960s and 1970s; he has written [numerous] books on cinema studies [. . .] and is an independent filmmaker whose career began in the 1960s. 'In the 1960s,' Dixon writes, 'the entire fabric of human existence was being called into question, and discourse in both the arts and abstract philosophical inquiry was being practiced in the open, as part of the social economy of everyday existence.' His main purpose for The Exploding Eye was to initiate 'the process of historical renewal which this period so necessarily requires.' Following the introduction, in which Dixon argues for the continuing importance of the independent cinema of the 1960s, The Exploding Eye provides a compendium of the movement.

The entries, which are imbedded in a continuous narrative form, are arranged in alphabetical order by filmmaker. In addition, the book contains seventy-three illustrations, which include film stills and photographs of the filmmakers. Dixon also lists rental outlets for most of the films in the book. The presentation of material, however, resembles a film documentary more than a reference book. Dixon includes excerpts from interviews, correspondence, and other writings by the filmmakers, and he strives 'to privilege the voice of each artist above all other considerations.' Although Dixon's voice is also present throughout The Exploding Eye, he never steps completely outside the world of the book. His perspective shapes the documentary style of presentation, but it is never the view of a spectator.

Dixon 'seeks to present a new, more unifying history of the experimental cinema (of the 1960s)'; he provides the unifying perspective and succeeds in capturing the artistic excitement of an innovative period in filmmaking. The Exploding Eye is a useful guidebook for anyone who is interested in the history of film or the cultural productions of the 1960s. Dixon clearly demonstrates that the experimental films of this era deserve more critical attention, and The Exploding Eye will be an invaluable resource for new studies of the independent cinema of the 1960s. - Susan J. Hulbert, H-Net 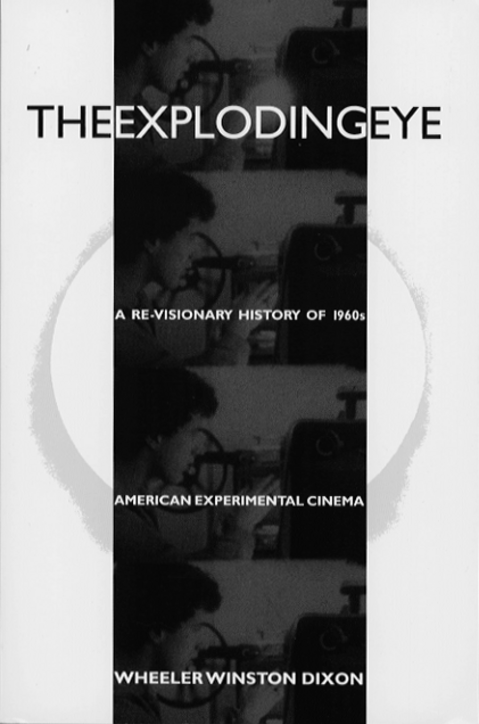