What 1970s Hollywood filmmaker influenced Quentin Tarantino? How have the films of Steven Spielberg inspired Takashi Shimizu, director of the huge box office hit The Grudge? How does one document the Rolling Stones and the Beatles at the peaks of their careers? What is it like to be an African American director in the twenty-first century? And how do lesbian directors such as Jamie Babbitt see their future in contemporary Hollywood?

The answers to these questions, along with many more little known facts and insights, can be found in Film Talk, an in-depth, behind-the-scenes look at filmmaking from the 1940s to the present. In eleven intimate and revealing interviews, contemporary film directors speak frankly about their work-their successes and their disappointments.

Among the interviewees are Monte Hellman, the auteur of the minimalist masterpiece Two-Lane Blacktop; Albert Maysles, who with his late brother David created some of the most important documentaries of the 1960s, including Salesman and The Beatles: What's Happening?; and Robert Downey Sr., whose social satires Putney Swope and Greaser's Palace paved the way for a generation of filmmakers.

The candid conversations, complimented by more than fifty photographs, make this book essential reading for aspiring moviemakers, film scholars, and everyone interested in the how movies are made and the fascinating individuals who make them.

"On the cutting edge of film studies for over three decades, Wheeler Winston Dixon's latest is an invaluable contribution to film history. Offering lively interviews with such long-accepted masters as Budd Boetticher and Albert Maysles, right alongside the sorely neglected Ronald Neame and Robert Downey Sr., plus rising stars like Bennett Miller and Kasi Lemmons, it's a profoundly great read." -- David Ehrenstein, author of The Scorsese Picture: The Art and Life of Martin Scorsese

"This delightful selection of interviews . . . reveals the myriad ways people make their way into the movie business and the ways that geniuses conceptualize their primary goal as director." -- Rebecca Bell-Metereau, author of Hollywood Androgyny 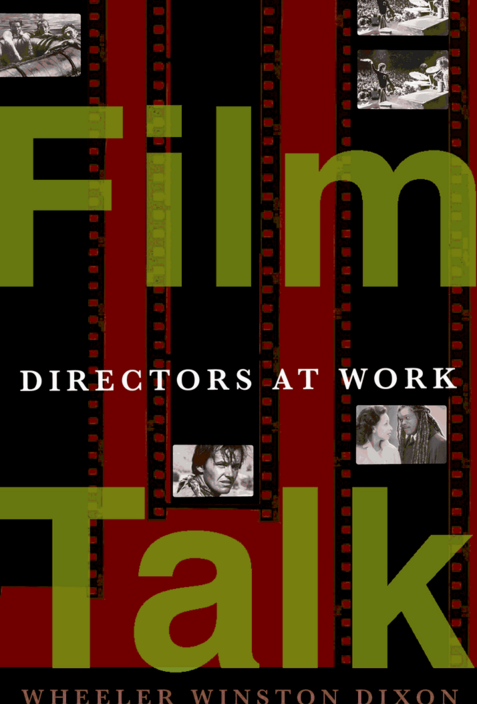