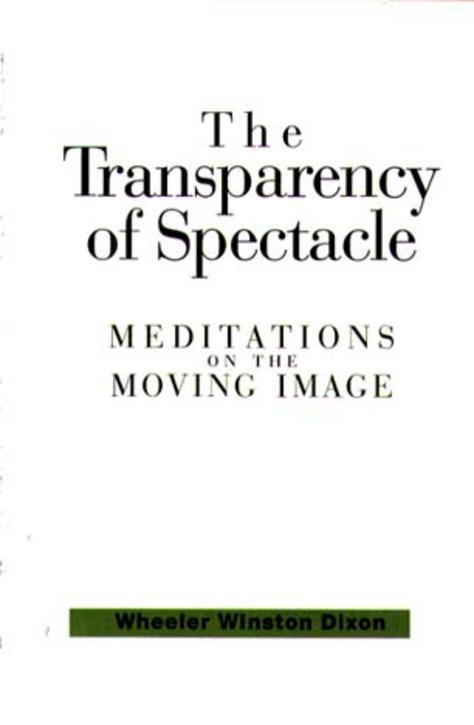 The Transparency of Spectacle considers the ephemeral nature of the cinematic experience as we now apprehend it, and examines the ways in which technological advances in film and moving image production have changed this experience over the course of the last thirty-odd years.

While agreeing that the "digitization" of the cinema is inevitable, and even a necessary adjustment to the economic realities of end-of-the-millennium cinema production, Dixon argues that it represents a basic representational shift in the relationship between the spectator and the image-production apparatus of the cinematograph.

More than ever all visual input is merely raw material which is then subjected to digital "polishing" and "tweaking" until it attains a sheen of artificial splendor that is utterly removed from the photographic reproduction of the object and/or person originally photographed.

"This is an exciting book, bursting with insights and information on virtually every page. A vast range of films and an equally astonishing range of references combine to present a dazzling array of thought-provoking discussions which range across virtually all of film history and geography. Both a meditation on the past and a call to arms for the future, this book truly sets a new agenda for film and media studies." -- David Desser, University of Illinois